If you want to collect a piece of history, along with unmatched value, look no further than the Gold Sovereign. While the Gold Britannia may be the flagship coin of the Royal Mint, the Gold Sovereign is perhaps the most iconic coin ever issued as a part of British coinage. The coin is heralded as one of the oldest British coins that have been around for more than 200 years.

There is a distinction between the modern Gold Sovereign and the older coin that was issued during mediaeval times. The modern Sovereign has seen the face of several British monarchs. The coin was around during the reigns of the great Queen Victoria and Edward VII, followed by King George V, Emperor of the British Empire during the First Great War.

It’s not just the history that makes this coin attractive. The Sovereign has a unique design. The reverse of the coin features an image of St George slaying a dragon. This iconic image was conceptualised by the famous Italian designer and engraver, Benedetto Pistrucci. The coin is indeed a work of art, as well as a representation of the fineness and elegance of British coinage. 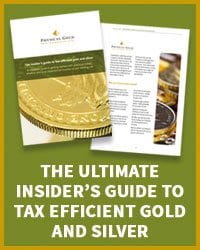 Which Sovereigns should I buy

The first consideration for any investor is affordability. Most investors want value for money. Old Sovereigns are small in size and therefore affordable. Having been produced for over 200 years, they’re very easy to sell on and can make a good investment if the gold price goes up. Their value generally increases with age and any profit made on their sale is completely tax-exempt in the UK. It’s also important to research the secondary market. Due to its long years of production, the gold Sovereign enjoys a vibrant secondary market. Many Sovereigns that have been issued over the years are available at different price points. So, it’s important to build a relationship with a reputed gold dealer and find out the best deals on Sovereigns that you can benefit from.

Divisibility is an important differentiator

A definitive reason to invest in gold Sovereigns is the divisibility it brings to your portfolio. There is a wide variety of different sizes to choose from. As an investor, if you prefer larger coins with lower production costs, the full sovereign, the double Sovereign, and the quintuple Sovereign could be just right for you. The latter two are known as the 2-pound coin and the 5-pound coin, respectively. However, it may make sense to invest in smaller coins, which gives you the flexibility of selling small amounts of gold at the right price points. In that case, you have the option of acquiring the half and quarter sovereign. Incidentally, the quintuple Sovereign is perhaps one of the most famous, as it has the largest gold content ever found in a British coin.

Accessibility to the gold market

Another important reason to buy gold Sovereigns is that it is an affordable coin when compared to the gold Britannia. Investors can therefore own a sovereign, with a lesser amount of capital outlay and enjoy its benefits, including VAT and CGT exemptions.

Our numismatic experts at Physical Gold can advise you on how to avail of the best deals when buying gold Sovereigns. Call us on (020) 7060 9992 or visit our website and get in touch with us online.