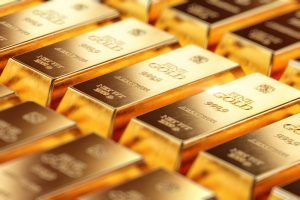 Who follows the price of gold the most

Gold is widely seen as the best investment when it comes to commodity markets as it, more often than not, increases in value over time, so it’s no wonder so many people are interested in investing in solid gold.

Intrigued about who is most interested in gold prices worldwide, we sought to find out which country is tracking the price of gold the most. To do this, we analysed search data to find out how many times the phrases ‘gold price’ and ‘price of gold’ were searched per month in 155 countries before exploring these search results per 1,000 active internet users in each nation*.

To make the data as reliable as possible, we explored each of the phrases related to gold prices both in English and the specific country’s primary language. This created a clear picture of which countries are tracking gold prices the most around the world.

Taking the top spot for the country tracking gold prices the most is the United Arab Emirates, with a staggering 521,000 average monthly online searches, or 58.45 online searches a month for gold price per 1,000 active internet users, either looking to invest in solid gold bars or being interested in the current value of the metal.

Singapore, self-titled ‘Garden City’, comes in second place. According to our research, Singaporean’s search for the price of gold 184,500 times a month on average, which equates to 38.27 searches per 1,000 active internet users.

Third places goes to Qatar – one of the world’s richest countries – where residents make 76,800 searches per month on average. Despite having fewer searches than UAE and Singapore, when compared to the number of internet users in the country, this means there are 30.33 searches per 1,000 active internet users.

Even though New Zealanders make just 39,000 searches for ‘gold price’ on average each month, this equates to 9.12 searches a month per 1,000 active internet users in the country, ranking in eighth place.

The United States and the United Kingdom follow closely behind each other in places nine and ten, respectively. The USA makes a total of 2,506,000 searches each month, which is equivalent to 8.02 searches per 1,000 internet users in the country. Comparatively, the UK falls short of this figure with 7.98 searches for ‘gold price’ for every 1,000 active internet users, after making 519,300 searches overall each month on average.

Download the 7 Crucial Considerations before you buy gold here

Despite having the highest number of searches for ‘gold price’ on average each month (3,720,600), India comes in fifteenth place when compared to searches made by web users in the country. In fact, there are 4.92 average monthly searches per 1,000 internet users in the Asian nation, which is 53.53 fewer searches than the United Arab Emirates in the first place.

This low ranking is a surprise as it’s common knowledge that gold has a central role in the country’s culture. The precious metal is considered a store of value, a symbol of wealth and status, and a fundamental part of many rituals, which explains why up to 25,000 tonnes of gold is accumulated in Indian households in jewellery, bars and coins.

Lastly, rounding off the top 20 countries most interested in tracking the price of gold are Austria and Nepal. According to our research, both countries have 2.21 average monthly searches per 1,000 active internet users.

Our analysis found that Asia is home to the most countries interested in tracking gold prices, as we found 13 Asian countries featured in the top 20. Europe comes next with four entries, including the UK, Ireland, Croatia, and Austria. Trailing behind with just two countries each are the continents of North America and Australia.

Please note: When analysing the data, the two key search terms/phrases related to gold prices were explored in English as well as each country’s respective primary language (where applicable) to increase the reliability of the results.