Both investments operate outside of the established fiat money system and both work on the basis of capital appreciation rather than paying an income. Apart from that, they pose very different risk profiles. Gold investment has existed for thousands of years and is generally used to protect wealth from inflation and market downturns.

An overview of the gold market

Apart from the intrinsic value that gold commands, the yellow metal is also recognised as a globally tradable asset. Bullion coins and bars can be converted into cash in any country.

As an inflation shield, gold protects your wealth when inflation rises. Historically, gold has always tracked the rate of inflation, providing stability to investors. But, more importantly, gold is a stable asset that investors turn to during turmoil in the capital markets. If we study the price charts of gold over the last 20 years, we find that gold has always peaked at times of global economic downturn. During these times, investors pull their money out of stocks, bonds and currencies and invest in gold. The Bitcoin market, on the other hand, cannot provide investors with a safe haven. It is volatile by nature and is a risky investment.

A bleak economic outlook in the UK?

The current economic scenario is gloomy.

Media reports claim that the UK could possibly be looking at another great recession. The economic pundits believe that the country’s risk of recession is at its highest level since 2007. Much of this is attributed to the uncertainty created by Brexit. In a recent news report, the BBC claimed that the London housing market has fallen by 4.4% as of May 2019. The housing market is considered to be one of the important barometers of the health of our country’s economy. We could witness more recession and that’s likely to drive investors back to gold again. 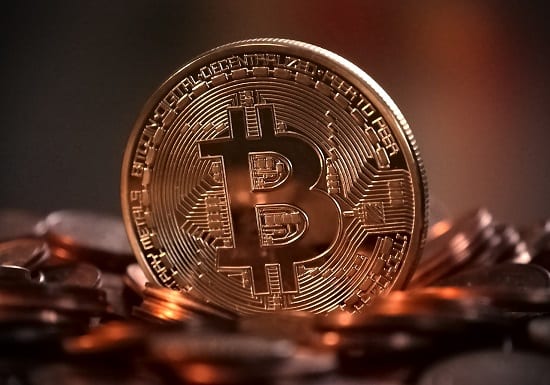 The volatility of Bitcoins is not for the faint hearted

Bitcoin, on the other hand, is far less established and understood. While it provides the chance of huge gains, it also threatens to lose you everything. Unlike gold, Bitcoins are prone to counterparty risks. When you invest in any cryptocurrency, you’re dependent on the performance of the exchange. In a bizarre incident, the CEO of a Canadian crypto-currency firm recently passed away. With his death, all the critical passwords were lost, leaving investors high and dry. A recent article published by the UK magazine Wired claimed that 18 out of 40 Bitcoin exchanges went out of business and investors lost their money.

Another big risk factor with Bitcoin investments is the lack of acceptance by the monetary systems of several countries. Many countries have banned Bitcoin exchanges from operating. Cryptocurrencies have also come under the scanner for its use in financing terrorism and illegal activities, including money laundering.

While Bitcoins use tamperproof blockchain technology, the exchanges themselves have been affected by several instances of hacking and cyber-attacks. Since it is not a regulated currency, no assurance or protection scheme is available from the government. Once the money is lost, it’s gone forever.

From the above, it’s amply clear that Bitcoins do not offer investors the safety and stability of physical gold. Perhaps the only attribute shared by the two vehicles of investments is that both are not adversely impacted by inflation. Gold is the safer choice and likely to remain so in the future.

We are always here, available to speak and for messaging for advice and the supply of gold bars and coins. Call us on 020 7060 9992, complete our contact form, or simply leave an instant message.