Why buy physical gold rather than gold funds?

Investing in physical gold coins and bars is one of the most popular ways of buying gold. There are other options, ranging from gold funds and gold ETFs, to buying individual gold mining stocks or electronic fractional ownership of pooled gold.

It’s important to understand that the right choice when buying gold will depend on your objectives and circumstances. Generally speaking, if you want the most secure and trustworthy of owning gold, then buying physical gold coins and bars is the only method to achieve that. If you’re seeking to buy and sell gold often and trade the market, then electronic versions can be more cost efficient, albeit more risky.

Here we break down the considerations when considering why to buy physical gold.

While ETFs have provided an accessible way for investors to gain exposure to the gold market there are many fears circulating about their security and integrity. For starters, the fact it is a structured paper asset that not everyone fully understands tends to defeat the object of owning a simple tangible asset like gold.

So many investors have been stung over the past 5 years investing into asset-backed securities that were rated AAA by the credit rating agencies, only to see them downgraded to junk status overnight when everyone realised that the subprime mortgages they were linked to would not payout. It transpired that many very sophisticated investors never really knew which assets the bond was linked to or understood their lack of protection against such defaults. So are you more comfortable understanding the risks of holding gold coins or gold ETFs or funds?

Press reports are speculating that only 10% of the traded ETF value is backed by actual gold. With a distinct lack of auditing, its difficult to know for sure what the exact figure is.

Jefferey Christian of the CPM Group confirmed that gold is leveraged around 100:1 at a Commodities Futures Trade Commission (CFTC) Hearing on March 26, 2010. This means that there are around 100 claims for each ounce of gold in existence and so not enough gold to be delivered to everyone who has been promised paper gold.

So the question remains would you be able to access the value of your ETF if half or more of the investors decided to withdraw at the same time?

The Ultimate Insider's Guide to Tax Efficient Gold and Silver

years. This term didn’t seem relevant to bank deposits a decade ago it went without saying that leaving savings in a high street bank was safe. But things have changed dramatically. Now we’ve seen our major high street banks on the brink of collapse. Who would have believed me 15 years ago if I’d have predicted that RBS, Nat West and Lloyds would be mostly Government owned?

The 2008 credit crunch saw bankruptcies to seriously major corporations from General Motors to Lehman Brothers. I saw many friends who had built up shares in Lehmans over many years of work and anticipated those stocks providing their retirement. No-one could have predicted that they would lose value so quickly and Lehman would go under.

We then saw the next phase of counterparty risk with Sovereign debt. Investors who thought they were taking on very little risk by investing in Government bonds faced the very real prospect of not being paid out in full. Countries such as Ireland, Greece, Portugal and Spain need help from the EU and IMF to repay their debts. There is every chance that bondholders will not receive all the capital back.

And now, in the new Covid world, Government debt is at record highs and corporations are struggling to adapt and survive under the new world parameters.

With physical gold, there is NO counterparty risk. It doesn’t matter if a Government fails to repay bonds, a corporation goes bankrupt or even if the gold dealer you bought the gold from ceases trading. You will always have the physical asset to do with as you like.

By investing in gold mining stock, ETF or Gold funds each poses some sort of counterparty exposure and a threat to the value of your asset. Remember paper gold is a promise to pay, not the real thing!

If you’re considering a choice between mining stocks and physical gold, its crucial to realise that these are different asset classes with entirely different risk profiles. Firstly, investing in mining stocks means your investment is linked to the performance of one company. As a paper asset, if that company underperforms, or even worse goes bankrupt, there is a chance that your investment becomes worthless.

The value of gold coins and bars can never fall to zero or anywhere near because of the intrinsic gold content. During times of global economic turmoil mining stocks and bullion perform quite differently. Terror threats, currency depreciations, huge unemployment, record deficits and banking crises don’t provide conducive conditions for equity markets, which is why we’ve seen more and more people fleeing to the safety of gold bars and coins.

Generally, while mining stocks have the potential for impressive returns they tend not to outperform physical gold during times of crisis such as the recent credit crunch. During sharp market declines such as the 1987 stock market crash, mining stocks become correlated to the broad equity markets rather than the price of bullion.

"Electronic gold poses higher risks and has the chance to fall to zero. Owning gold coins and bars is the only way to achieve ultimate peace of mind."

If the reason you want to invest in gold is for portfolio insurance then make sure you have a comprehensive policy! Everyone knows that gold provides security against economic and political unrest, making it the perfect safe haven asset in the current world in which we live. In that case, you want this wealth protection to be thorough.

By investing in paper gold, it’s like buying an insurance policy with get-out clauses. In other words, it doesn’t provide full coverage. There are still risks attached such as counterparty risk. By investing into physical gold, it’s like having the most comprehensive insurance available, putting your mind at rest that no matter what the next financial headline is, your physical gold holding will provide the necessary balance.

In the UK, there is the opportunity to own physical gold coins which are completely tax-free. All investment grade gold is VAT exempt. You pay no income tax while holding the gold and UK coins such as the Britannia and Sovereign are Capital Gains Tax-free due to their status as legal tender. Compare this to paper gold such as a mining stock or gold funds where you’ll have to pay income tax on any dividends and capital gains tax if you sell the shares at a profit. With CGT now up to 28% for higher rate taxpayers, that’s nearly a third of your profits!

The UK Government recently announced the tax-free threshold for CGT will be lowered from £12,300 to £6,000 in April 2023. It will be halved again to a miserly £3,000 the following year. This will not only make buying physical gold legal tender coins more appealing, but will likely provide a general boost to the gold market as more money leaves ‘taxable assets’.

7 Crucial Considerations Before You Buy Gold

Accessibility in times of crisis is crucial. After all, gold should act as your crisis hedge. Over the past month, we’ve read about the attempted ink-cartridge bombers and MI5 revealing renewed threats to the UK, France and Germany. The Eiffel Tower has been evacuated twice in recent months. If one of these attempts gets through and the financial system collapses for a week or so how easy is it to access funds through your gold ETF, mining shares or Gold funds? By holding the physical metal itself, especially in the form of globally recognised coins, you hold the ultimate liquidity.

If you have questions about buying physical gold, then feel free to call our friendly team of experts on 020 7060 9992 of contact us. 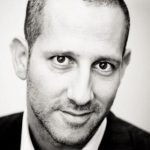 Daniel Fisher formed physical Gold in 2008, after working in the financial industry for 20 years. He spent much of that time working within the new is...Show more +

Daniel Fisher formed physical Gold in 2008, after working in the financial industry for 20 years. He spent much of that time working within the new issue fixed income business at a top tier US bank. In this role, he traded a large book of fixed income securities, raised capital for some of the largest government, financial, and corporate institutions in the world and advised the leading global institutional investors. Daniel is CeFA registered and is a member of the Institute of Financial Planning. Show less -