The launch of the silver Britannia was an important event for the Royal Mint and the award-winning designer, Jody Clark was brought in to design the coin. She ensured that the reverse of the coin displayed the iconic image of Britannia, a testament to the bravery and spirit of the inhabitants of the British Isles during Roman times. It is this unmistakable image, coupled with the portrait of our Queen, Elizabeth II on the obverse of the coin, that makes the silver Britannia, a highly collectable and valuable coin for investors. 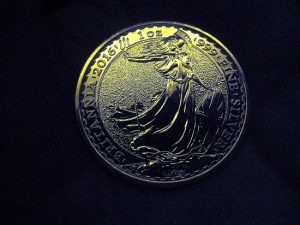 The silver Britannia is a highly collectable coin

The American Eagle is a silver bullion coin minted by the United States Mint and is now considered to be the official silver bullion coin of the country. The coin was first minted in 1986, which is a year earlier than the release of the gold Britannia by the Royal Mint. Like the silver Britannia, the American Eagle is a 1-ounce silver coin, containing one Troy ounce of silver and a face value of a dollar.

The content, weight and purity are certified by the United States Mint and the coin is minted with 24-carat silver, having a purity of 99.9%. Apart from the bullion version, the US Mint also produces a proof version of the coin and an uncirculated version, which is aimed at numismatists and collectors. When we speak about the United States Mint, it does not imply that there is only one manufacturing location, in reality, the American Eagle is usually struck at the Philadelphia Mint, the San Francisco Mint and the Westpoint Mint. 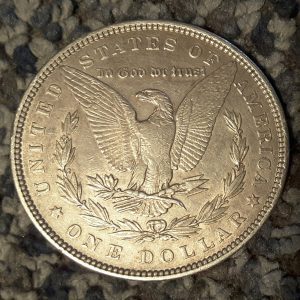 The American Eagle silver coin is available as a bullion coin

The obverse of the American Eagle features a motif called ‘The Walking Liberty’. This theme had been used in previous coins produced by the United States Mint. It also contains the phrase, “In God we trust”, which is visible in many American coins. The reverse of the coin was originally designed by John Mercanti. The reverse portrays an image of a Heraldic Eagle, behind a shield, holding an olive branch. The Great Seal of the United States is also visible above the Eagle, along with 13, five-pointed stars, which represents the colonies.

Comparison of the two coins

Both coins are world-renowned and produced to a number of finishes. The Britannia can be bought slightly cheaper in the UK and has an increased fineness of 999.9 versus the Eagle’s 999.0. Both can be easily sold anywhere in the world. The Britannia is preferred within the UK due to its Capital Gains Tax-free status, whereas the silver Eagle is more popular in the US and Canada.

Talk to Physical Gold for all your silver coin purchases

Physical Gold is one of the country’s most reputed coin dealers and gold and silver merchants. We are registered with the BNTA and our advisors can help you make the right decisions when purchasing silver coins. Call us today on (020) 7060 9992 or drop us an email by visiting the contact page on our website.