Home / Insights / Pre-decimal Coins – What are the Investment Benefits?

Pre-decimal Coins – What are the Investment Benefits?

The Sovereigns are available with the portraits of several British monarchs during whose reigns, these coins were issued. Queen Victoria alone has three different portraits on these Sovereigns. As a coin collector, it is exciting to delve into the history of these coins. But, let us look at a more recent event that has significantly impacted how coins were struck. Decimalisation has created two distinct category of coins – pre-decimal coins and post decimal.

Throughout the history of British coinage, a separate system was in existence for centuries. This was a system that divided the coinage of the nation into pounds, shillings and pence. This system divided the denomination of British currency and everyone knew that 12p was equivalent to a shilling. A shilling was one 20th of a pound, so 20 shillings added up to a pound. However, this was a complex system and needed to be simplified. It’s not that past governments did not realise that there was a need for a simpler system. However, it hadn’t been put in place.

In 1848, there was an attempt to introduce a decimal coin. This coin was called the Florin. Its value was 1/10 of a pound. But, the values of other coins remained the same. The decimalisation system had been suggested during the 19th century by Sir John Bowring, who was a Member of Parliament. It was due to his suggestions that the Florin had been introduced. 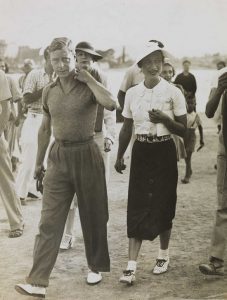 Eventually, the decision to withdraw the old system and pre-decimal coins were finally announced in March 1966. The D- Day or, Decimal Day was 15th February 1971. It was on this date that pre-decimal coins were finally withdrawn from British coinage. Decimal Day will celebrate its Golden Jubilee, or completion of 50 years on 15th February 2021. Today, with the passing of years, not everyone remembers the date and many people from the younger generation ask, “When was decimalisation?” As we celebrate its 50th year, it is certainly a date that changed the coinage of our country forever.

What pre-decimal coins should I collect?

Well, not all pre-decimal coins would command a high value. Firstly, only some of them are made of gold and silver. Others are made with copper. Although they have been withdrawn from circulation, they are freely and abundantly available. However, some of them have become rare over the years and can fetch a tidy sum. For example, the 1917 George V Sovereign from the London Mint could be worth around £ 15,000. Another pre-decimal coin that’s worth quite a bit is the 1937 Edward VIII brass threepence. Only 10 were produced and their release was withdrawn due to the abdication of the King.

One of these could be worth as much as £45,000. Amongst the pennies, the 1933 George V penny is highly valued, mainly due to its rarity. Only seven were issued at the time, and if you manage to get your hands on one, it could fetch you as much as £72,000. There is also a 1937 copper one penny coin that had been struck to be released during the reign of King Edward VIII. Only a few were produced and one of these fetched £111,000 at an auction in 2019. So, if you were to find one of these in your attic, you could make a hefty sum of money very quickly. 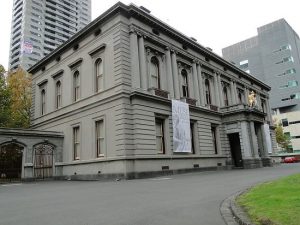 Decimalisation changed the way the Royal Mint struck their coins

Our coin experts at Physical Gold can help you identify rare coins and assist you in purchasing them for your collection. Call us on (020) 7060 9992 or drop us an email today by visiting our website.