Home / Insights / How Much Gold in the World is There?

How Much Gold in the World is There?

Gold is becoming increasingly scarce in the world, with scarcity driving up the price. Of course, many people who already hold a large amount of gold and gold dealers believe that this scarcity is a good thing that will continue to keep the spot prices of gold up. But, let’s just stop for a moment and figure out how much gold is left on the planet that hasn’t yet been mined.

Well, the World Gold Council thinks that 190,040 tonnes of gold have already been extracted from the ground throughout human history. According to them, if all the mined gold were gathered up and put together, it would form a large cube with a height close to a 7-storey building.

The availability of gold

Now, human civilisations have mined gold for thousands of years. It would probably be impossible to assess how much gold these predecessors of ours mined and used up. Infact, current estimates are dependent on the price of gold. Now, if you’re wondering what the current spot price of gold can have anything to do with estimating the amount of gold that’s underground, stop for a moment and think again. The current market price of gold has to be able to pay for exploration and extraction of gold from below the ground. Mining companies incur huge operational costs in removing the gold from the mines. If the current prices are unsustainable, then it’s pointless for the companies to continue to operate and explore these resources. So, current estimates of gold calculated by the large mining companies are divided into two categories. 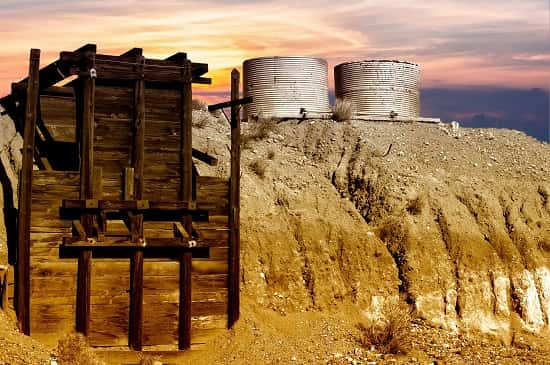 Many gold mines have already exhausted supplies and have been abandoned

‘Reserves’ mean the amount of gold available and ready to mine, provided its economical to do so at the current prices of gold. Then, there are ‘Resources’ which are unviable to extract from the ground at the current spot prices. However, the company is willing to wait for this gold to become available for extraction at a different price point. The price should cover all the costs incurred by the company including exploration and discovery of new sites, geological and environmental surveys and the operational cost of mining.

The peak of gold

Now, gold is certainly one of the rarest elements on this planet, spanning around 0.003 per millionth part of the Earth. The rarity of gold postulates the question, “How much of it is left anyway?” According to Eugene King, gold analyst at investment bank Goldman Sachs, the peak of gold has come and gone in 2015. The report claims that there may be only 20 years of gold mining left. According to King, ‘known’ reserves of gold will be depleted around the year 2035. However, similar predictions were made about oil and the Hubbert’s Peak Theory claimed that global oil had already peaked in the 1970s. However, new reserves of oil continue to be discovered even today. So, the key factor in these theories is that they are somewhat based on sources that have already been identified. 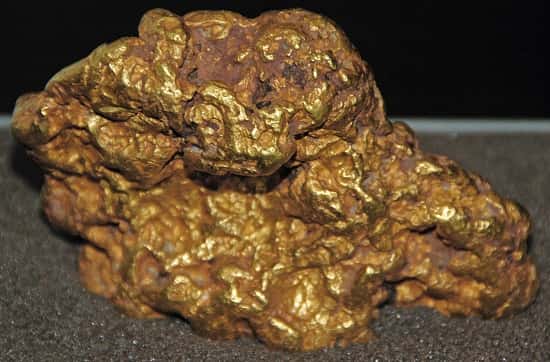 Space mining is a possibility

In all probability, 2035 may come and go, and even if we deplete all the known reserves of gold, mining companies and governments would continue to invest in exploration in the hope of discovering new supplies of gold, in response to the world’s rising demand for the precious metal. There is even speculation that mankind would be able to discover new reserves of precious metals on extra-terrestrial locations like the moon and certain asteroids. Interestingly, former American President, Barack Obama even approved new legislation that allows mining in space.

produce approximately 50mn troy ounces of gold per year. While that may sound like a lot, it’s actually just enough to fit into a cube measuring around 4.3m on each side. So, what could happen if the world’s gold production trickles to a stop? Well, the first thing that would happen is that prices would go through the roof, provided demand continues to rise. Industries may look for substitutes to replace gold.

Assuming that prices were to keep rising, serious investors need to be aware of the market trends and start investing in gold now, in order to maximise their gains in the years to come. In fact, the amount of gold underground isn’t really that important, as some of it may be there in the depths of the Earth and may never be extracted. It’s important to predict how much-known gold reserves could be taken out in the years to come.

Talk to our gold experts to understand the future of gold

At Physical Gold, our industry experts invest a lot of time in research to understand exactly which way the precious metals markets are headed. We base our investor advice on this research and you can benefit from this as well. Talk to a member of the investment team today on 020 7060 9992 or get in touch online. Our team has many man-years experience in this industry and are best placed to give you the right advice for your gold investments.