A History of Gold Investment

Gold is perhaps the most popular commodity of all history. Since it was used in early civilizations as a form of status and to honour the gods to being used as currency, gold has been a constant shadow of the evolution of human cultures from the ancient to the modern world.

Gold has been highly valued for its unique and attractive properties since as far back as 4000 BC. The oldest gold treasure in the world dates from 4,600 BC to 4,200 BC and was discovered at a Bulgarian burial site in Varna.

There is no culture or era where gold cannot be seen to have a high value. From ancient Egypt to the Aztecs, China’s many dynasties and the Grecian and Roman treasure hoards gold is synonymous with power and wealth. Both a form of currency as well as a standard of wealth, gold was the basis upon which the global economy as we know it stands today. Without gol

d, a monetary standard would not have been possible and the prosperity of trade that depended upon it.

Gold usage as a tool for bartering and trading

Throughout history, gold has often been used as a tool for bartering or trading. It was first used as a form of currency back in 500 BC, when Darius the Great, ruler of the Persian Empire, minted the very first gold coin, known as the “daric,” in order to help fund the expansion of his army into foreign territories. Up until the last century, many countries around the world used gold and silver coins as a form of currency. It wasn’t until the 1930s during the worldwide depression, that countries ceased to use the gold standard. 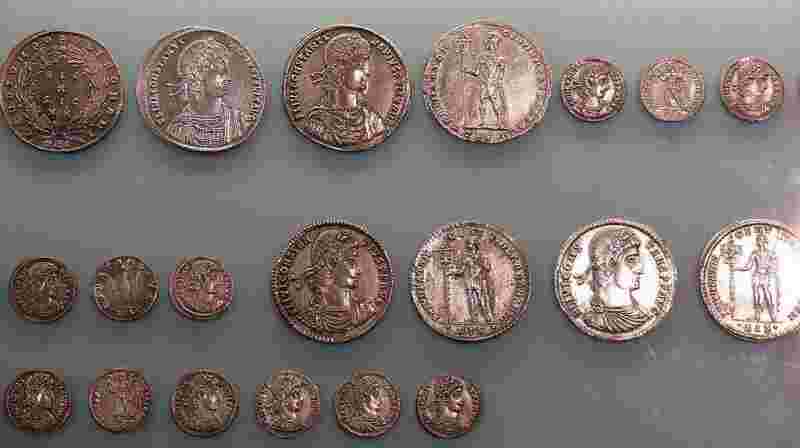 Gold has been a part of our economy since the Ancient World. Examples of Roman Currency via Wikimedia.

Gold and the Dollar….

The United States Congress passed the Mint and Coinage Act in 1792. This act put in place a fixed price of gold with parity to the US Dollar. The act had a far-reaching impact on the modern history of gold as a precious metal. As per the new legislation, gold and silver coins were considered legal tender in the US. Gold, which is today 75 times the price of silver, was only 15 times dearer than silver at the time. The US mint therefore bought and sold silver and gold at a ratio of 15:1. However, the coming of the American Civil War changed that ratio.  Since the US was unable to meet its debts using gold and silver, paper currency was introduced for the first time in the US in1862. The paper currency was known as a fiat currency, or one which is not convertible on-demand at the existing fixed rate.

Eventually, in 1873, silver was removed altogether from the US mint’s fixed rate system and a bill called the Coinage Act of 1873 was passed to officialise the removal of silver dollars from the US monetary system. 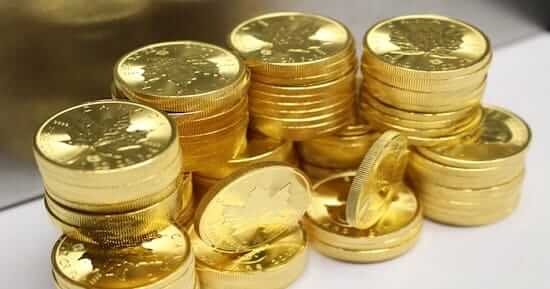 Gold is more than a word – what does it say to you?

The 1800s witnessed a spate of gold rushes, as speculative adventurers rushed off to uninhabitable areas in search of the precious metal, in the hope of becoming millionaires if they struck gold. The notable gold rushes across North America at the time were North Carolina in 1799, San Francisco in 1848 and Klondike in Canada, 1896. Australia too witnessed a number of gold rushes in the latter half of the 19th century from 1850. Infact, the gold rushes helped populate areas of the great Australian outback, which had not been occupied by humans earlier. Today, these places are burgeoning cities and they owe their existence to the coming of the speculators in the 1800s.

Another important point in the modern history of gold is the Bretton Woods agreement. The two world wars had devastated the international financial markets and at the end of World War II, the global leaders came together to create a gold exchange standard for the world, linking it to the US Dollar. At the end of the war, the US emerged as the strongest nation, both militarily as well as economically. So, the US Dollar was chosen under the Bretton Woods agreement and this made the US extremely powerful on the international markets. The move is one of the most important points for the price of gold and for the US economy, as it paved the way for the US to become a global superpower.

As a commodity and a currency, the history of gold investment is a complex one and is relatively modern. Whilst accumulating wealth (and investing) is not a new human proclivity, the mechanisms for a standard benchmark of gold pricing relative to paper currency only emerged in the last few centuries. Europe was the first continent to implement gold standards at the end of the 19th century with the US following suit after WWII. All nations have since adopted a fiat currency system though most hold gold as central reserve or as commodity money.

After the Second World War

After the second world war, the US dollar became the main currency to hold by other governments as it was the only currency still backed by gold. This continued up until 1973 when America became the last country to cease using the gold standard. The reason for this was that the country required additional funds to pay for the Vietnam war. 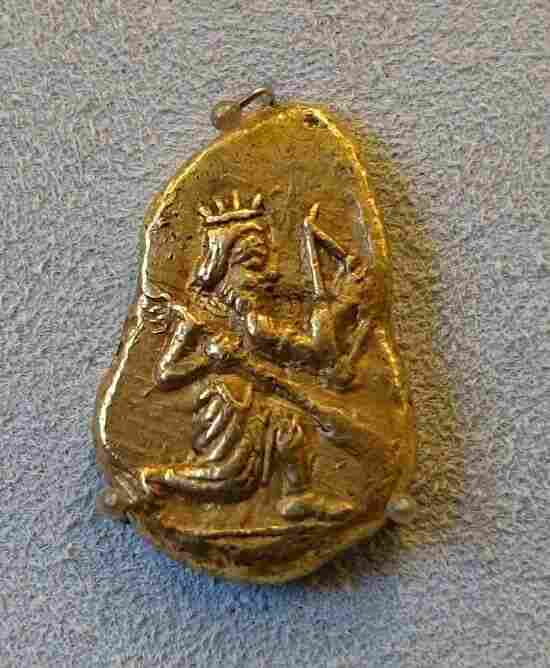 Gold as an investment

Gold purchased as an investment really only took off after the 1970’s when The United States once again made it legal to own and trade in physical gold. Up until 1975, the Gold Reserve Act Of 1934 had made the possession of gold illegal.

Gold is a popular investment among a diverse range of investors who wish to diversify their portfolio outside of traditional stocks and shares and in doing so reduce their risk. Over a long period of time gold has consistently held its value against other asset classes and in the last 45 years has been shown to have outperformed stocks and shares.

Today gold is typically purchased as a hedge against inflation and its price has often been known to rise during times of economic crisis. The main reason for this is that during times of economic uncertainty, people often turn to tangible assets in which to store their wealth in case of a market crash. A great example of this occurred after the 2009 financial crisis when the price of gold rose to its highest peak in history.

Due to ever-increasing geopolitical tensions and a growing mistrust of the current financial system, the popularity of gold investments has grown significantly in the past two decades. As Britain moves towards an uncertain future outside of the European Union, it is likely that investor demand for physical gold will continue to increase.

Introduction of the Krugerrand

The South African Krugerrand, launched in 1967, was the very first coin designed specifically for investment purposes. At the time South Africa was the biggest gold producer in the world and the Krugerrand was the perfect way to capitalize on this. For the very first time, it offered investors a vehicle for the private ownership of gold and at one time the Krugerrand accounted for nearly 90% of the global gold coin market. Since its inception, many other countries have introduced their own version of the Krugerrand including Britain’s very own Britannia coin. 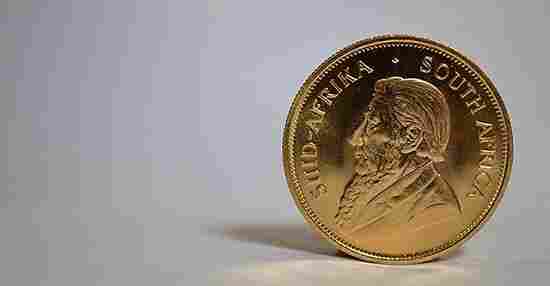 Influence of the World Gold Council

The World Gold Council has been instrumental in changing the way people perceive gold as both an investment and a commodity. Founded in 1878, the WGC has helped to promote demand for gold all over the world. Today the WGC continues to have considerable influence on the gold investment market and launched the very first gold ETF in 2004.  For more information on the World Gold Council, you can read our article on them here.

Gold is one of the most versatile assets available on the market and there are many different types of gold investments. Some of the most popular of which include:

Collector’s coins are popular with a wide variety of investors as they offer numismatic value as well as just their material value. If you have access to expert advice, or even if you have sufficient knowledge in this area yourself, then historic collectors’ coins can provide excellent returns.

Gold bullion coins are usually issued by countries or commercial businesses. Popular examples include the Britannia, the Sovereign, the South African Krugerrand and the American gold eagle. These coins are generally for investment purposes only and are priced based on the weight and purity of the gold content that’s been used.

Gold bars are one of the easiest ways to invest in solid gold.

You can buy them in weights of one gram, one ounce, ten ounces, and one kilo. They typically have a purity rating of 999.9.

Gold ETFs have been around for less than 15 years, however, since the launch of the very first gold ETF back in 2004 they have become one of the most popular forms of gold investment, allowing investors to profit from changes in the price of gold without having to own any physical gold themselves.

Some of the hottest stocks right now are issued by gold mining and exploration companies. Part-ownership in these companies is becoming an increasingly common investment.

Physical Gold offers a wide range of gold based investments including vat free gold bars (such as 100g, 1oz and 1 kilo), tax-free coins and much much more. To speak to one of our experienced brokers or to find out more information on any of our product ranges please contact us on 020 7060 9992.