Home / Insights / A Complete History of the British Pound Coin

A Complete History of the British Pound Coin

1983 was an important year for British coinage. It was the year in which the British pound coin was minted and put into circulation to replace the Bank of England’s one pound note. The pound note saw its last issue at the end of 1984. The note continued to be in circulation until 11th of March 1988. On that date, it was removed from circulation.

Like all other UK banknotes, the pound note remained redeemable at the bank. But, for all official purposes, the pound note had been terminated and replaced with the British pound coin. Interestingly, the Royal Bank of Scotland continued the issue of pound notes. Similarly, the Channel Islands continued to use them as well. But the pound coin gained popularity and eventually became the more widely used form of currency. In this article, we will overview the history of the British pound coin. 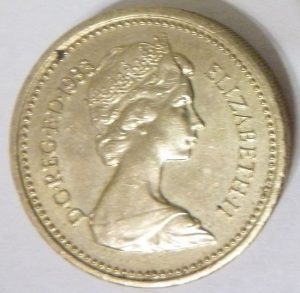 1983 one pound coin with the Queen wearing a tiara

The purpose of issuing a pound coin

The main reason for the withdrawal of the 1 pound note was its longevity. The British one pound banknote survived in circulation for approximately 9 months only. The Royal Mint found out that after repeated usage, the pound notes would often end up being damaged, or defaced. A pound coin, on the other hand, could remain in circulation for 40 years or more. Therefore, on 31 July 1981, the government announced its intention to replace the one pound note with the one pound coin.

The design of the pound coin

The obverse of the pound coin bears a Latin inscription engraved on it. This inscription reads ‘Elizabeth II D G REG’. The abbreviation stands for the words “Dei Gratia Regina”. The entire inscription, when translated into English means “Elizabeth II, by the Grace of God, Queen and Defender of the Faith”. Since the original release of the pound coin on 21 April 1983, four portraits of the Queen, each different from the other, have been used. The year of the mintage was also engraved alongside the Latin inscription.

The first series of coins released in 1983 used a portrait of Queen Elizabeth the second, which had been created by designer Arnold Machin. This portrait appears on the obverse of the coin and features the Queen wearing a tiara. By 1985, a new portrait of the Queen was used, and it was created by Raphael Maklouf. In this portrait, the Queen is featured wearing the George IV State Diadem. This version of the pound coin was issued till 1997. 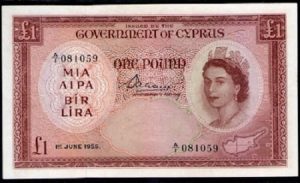 The changing face of the pound coin

The reverse of the pound coin had its design changed every year since 1983. This was done to ensure the complete representation of England, Scotland, Wales and Northern Ireland, as parts of the UK. Each year, the one pound coin would have a different emblem which represents each geographic area along with an inscription on the edge. The words, “one pound” can be found on the reverse of all these coins.

The new one pound coin has a 12 sided, bimetallic structure. This coin was released on 28 March 2017. A design competition was organised with participation from members of the public. This competition was unveiled in 2014 and the results, which were declared in March 2015 named a 15-year-old boy called David Pearce as the winner. The new design featured a rose, thistle, leek and a shamrock, ensconced by a crown. 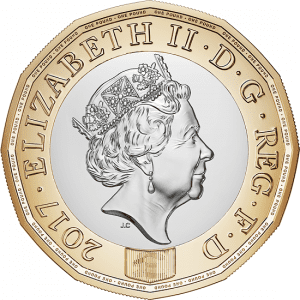 The 12-sided one pound coin was introduced in 2017

Unknown to many, as the round one pound coin gained popularity, counterfeiters took to duplicating this coin. By 2013, there was an estimated 3.04% of counterfeit coins in circulation. The geographical areas that had the maximum number of counterfeit coins were Northern Ireland, the South-East of England and the City of London. Coin testing companies were commissioned by the Royal Mint to study the problem. The coin testing professionals found out that the actual number was approximately twice that estimated by the Royal Mint.

Many times banks did not check the coins they are receiving. As a result, many banks were also inundated with counterfeit currency. The experts detected that many counterfeit coins had poor quality, along with marked visual differences in design. Of course, there were more sophisticated counterfeiters, that would require a specialised machine to detect.

The end of the round pound

The last batch of the British round one pound coins was minted in December 2015. The 12 edge coin that has replaced it is a bi-metallic coin whose design makes it harder to duplicate. The coin also has a concealed security feature, which is a code that becomes visible under a certain wavelength of ultraviolet light. There were a few other round pound coins in circulation as well, although these were never legal tender in the UK.

These coins were minted by the British Crown dependencies and Gibraltar, amongst others. They were identical to the one pound coin circulated in the UK and carried the same portraits of the British monarch. Some of these coins have remained in circulation, as these territories have not stopped the mintage of the coins or changed it.

Physical Gold is one of the most reputed precious metal dealers in the UK. We also deal in precious coins and if you want to get an evaluation done, or wish to purchase specific coins of value, please call us on (020) 7060 9992. You can also contact us via email and a member of our customer service team will be happy to call you back.