We expect the 2023 Silver Maple to be released some time in late 2022 in line with previous years. Be one of the first to own this famous coin by clicking ‘notify me when back in stock’.

The Royal Canadian Mint have always pushed the boundaries and quality of their coins. This is a brand-new bullion finish coin. Bulk orders will be packaged in tubes of 25 and monster boxes of 500.
The 2023 1oz Silver Maple Leaf is no exception with a machined effect providing a unique finish. The obverse features a portrait of Queen Elizabeth while the reverse displays the famous Maple Leaf emblem. The coin is legal tender in Canada with a face value of 5 Canadian Dollars.

The Maple Leaf name and design featured on both gold and silver bullion coins first featured on the official Canadian flag back in 1965. George Stanley’s Maple Leaf design beat several other proposals to replace the UK’s Union flag which was previously adopted by Canada due to the commonwealth. However, the leaf has been closely associated with Canada as far back as the 18th Century and was officially recognised as Ontario and Quebec’s coat of arms from 1868. It was first used on Canadian coins as far back as 1876.

Learn about, “1oz silver coins – the available options” by watching our YouTube video.

First minted in 1988, the standard edition silver bullion coin has been updated a few times and also spawned some special edition versions. While the Maple Leaf design on the coin’s reverse has remained constant since the first production, it’s the Queen’s head that has received the most updates to reflect the ageing monarch. The most recent portrait featured since 2004, is designed by Susanna Blunt but can look unfamiliar to the UK buyer as we’re so used to the Queen’s portrait used on our everyday coins, as well as Sovereigns and Britannias.

Special edition versions have included a huge 10 year anniversary version in 1998 which weighed a hefty 10oz, but wasn’t particularly popular, perhaps due to its additional cost, so around half the 30,000 coins were melted down again. Other coins have featured privy marks to commemorate the 20th year of Maple Leaf production (gold coins started back in 1979) and the turn of the millennium. Some special edition silver Maple Leaf coins like the Maple Leaf Forever’ version, showcased a triple Maple Leaf design, replacing the common single Maple Leaf known on the coin’s reverse.

Additional security features were added to the coin in 2014 such as a laser mark and radial lines, ensuring the integrity of the coin and minimising the chance of forgeries. Mintage quantities vary dramatically from year to year, with numbers ranging from 100,000 in 1997 to nearly 30 million in recent years. We’d expect numbers to remain at the higher end in future years due to the growing retail demand for silver bullion coins.

As one of the world’s best known and most established coins, the Maple Leaf is a wise selection for any keen silver investor. It continues to be one of the most sought after non-UK silver coins. Premiums are relatively low as the coin is mass-produced and demand has a global reach, with particularly strong interest from the huge North American market. An alternative is silver bars, which offer the most “silver metal for your money”, we sell a range of sizes including the excellent value for money 1 kilo silver bar.

If you intend to purchase a substantial amount of silver coins, you may consider mixing this coin with some of the British silver coins also available at Physical Gold Limited, to ensure you keep within your annual Capital Gains Tax limits. The best value one is the Silver Britannia. As a non-UK coin, the Silver Maple Leaf is not CGT exempt for UK residents. 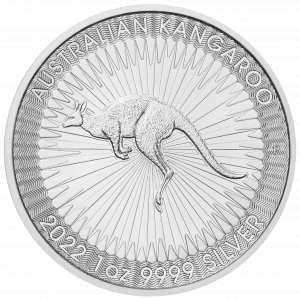 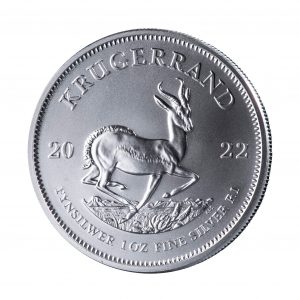 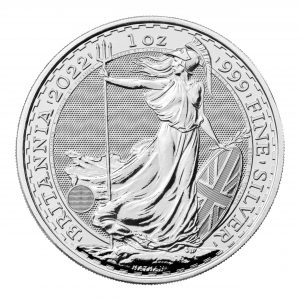 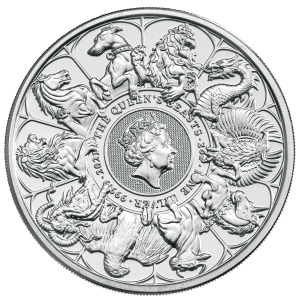 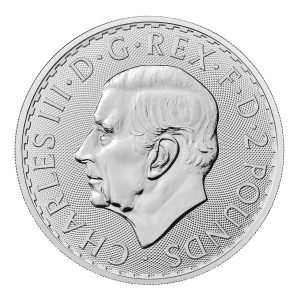 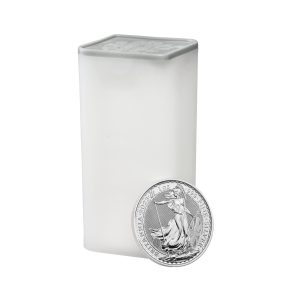 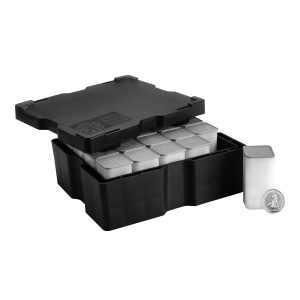 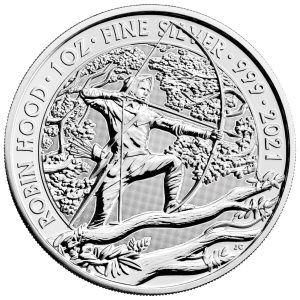