All our pre-owned coins undergo strict quality checks by our team of experts to ensure their condition is excellent. If you’re seeking ownership of all three sought after Victoria portraits, then this bundle is a great choice.

The picture illustrates the type of coin you’ll receive, not the exact item.

The obverse features the first portrait of Wuenn Victoria, while the reverse displays the classic St.George and Dragon design by Benedetto Pistucci.

Queen Victoria’s achievements as monarch are known the world over. Before being usurped in 2010 by Elizabeth II, Victoria was the longest reigning UK monarch and was also the figurehead of the British Empire at the height of its global reach. Known as the Victorian era, the duration of her reign is remembered for huge technological scientific and political advancement, including such accomplishments as building the London underground system.

The Victoria Young Head Sovereign reflects the period at the beginning of her reign, which experienced various ups and downs like The Great Famine (1845), rebuilding relations with France, and self-imposed isolation after the death of her husband in 1861.

Unlike the Sovereigns of today, the Sovereign Victoria Young Head was struck in coin alignment, which basically means the reverse is upside down to the head. This changed in later Sovereigns to what’s known as medal alignment, which refers to the front and back being minted the same way up. This stems from the medals commonly being displayed within a swivel mechanism. The obverse portrait of Victoria represents a youthful look for the Queen with hair tied up in a bun, and also reflects the young, evolving feeling of the era.

While the reverse most commonly features St.George slaying the dragon, most dates were also issued with shield back design, which are rarer and trade higher. Mint marks for these early Victoria coins are limited to London, Sydney and Melbourne, as the imperial spread had only just begun. Later Sovereigns were minted in a wider number of places, reflecting the growing British Empire. Mintage quantities varied from a low of around 1.5 million in 1887, reaching a peak in 1872 of more than 16 million.

The obverse features the Victoria Old Head, also known as the veiled head, while the reverse displays the classic St.George and Dragon design by Benedetto Pistucci. This portrait represents the image most of us associate with Queen Victoria. Perhaps because it spans both the turn of the century, the peak of the Victorian age, and her eventual death in 1901.

The coins will date between 1893-1901. The annual mintage of the coin is fairly consistent, averaging around the 10 million mark, although a spike to double this quantity at the turn of the Twentieth century reflects the significance and celebration the new century brought. The coins are available with London, Melbourne and Sydney mintmarks for most of the 9-year run, and some coins produced by the Perth mint are available from the final 3 years of production only.

The obverse features the Victoria Jubilee Head Gold Sovereign, while the reverse displays the classic St.George and Dragon design by Benedetto Pistucci. The redesign was created to celebrate the Queen’s jubilee year. The truth is that the jubilee portrait was long over-due after 17 years of the Victoria Young Head.

The coins will date between 1887-1893. They were then updated to the final Victoria portrait version, the Old (or veiled) head to reflect the monarch’s ageing features more accurately.

The picture illustrates the type of coin you’ll receive, not the exact item

Due to the relatively short run of the jubilee head (7 years) compared to the previous portrait’s 17 years, it’s total mintage was far lower and therefore less are in circulation. Despite it being a newer coin than the Young Head, you could argue it’s slightly rarer due to the lower circulation number. Like it’s predecessor, coins can contain mintmarks from London, Melbourne or Sydney. The Old Head which came next, added Perth to this list, and the ‘King Sovereigns’ of George and Edward added other commonwealth countries to its list of mints such as Canada (Edward), and eventually India and South Africa (George V Sovereigns), reflecting the growing British Empire.

The Victoria Jubilee Head Sovereign was minted in what’s called ‘medal alignment’ and marked a theme that still continues with today’s modern Sovereign coins. This simply means that the portrait and tail side are both the same way up. This sounds obvious and unremarkable, but it replaced the previous method which adorned a majority of Victoria Young Head coins which featured ‘coin alignment’. This version minted the reverse at 180 degrees to the obverse, in other words, upside down. The medal alignment is in fact based on the common practice of wearing medals on a vertically pivoting clasp mechanism. In order to see both sides of a medal, military personnel simply swivelled the coin on this vertical axis and the reverse would be viewed as the intended way up.

The Victoria Jubilee Head Sovereign re-design marked Queen Victoria’s Golden Jubilee (50 years since taking the throne on 20 June 1837). Celebrations included a lavish banquet with a long list of illustrious guests including 50 kings and princes and the British heads of the various growing global colonies. It was followed the next day by Victoria taking to the streets for a procession in an open carriage, known as a landau. 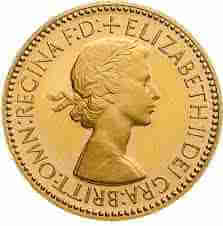 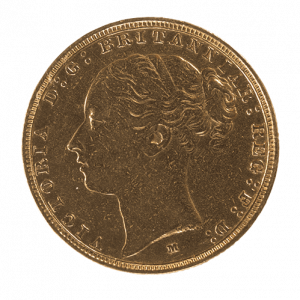 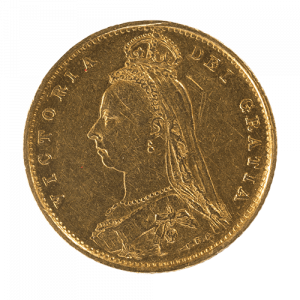 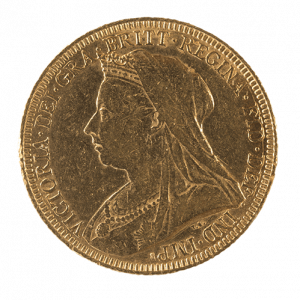 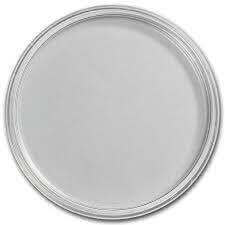 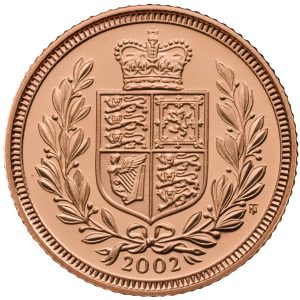 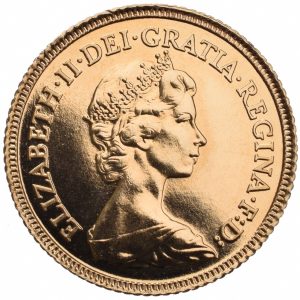 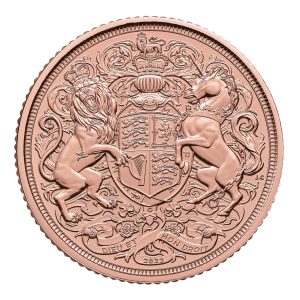 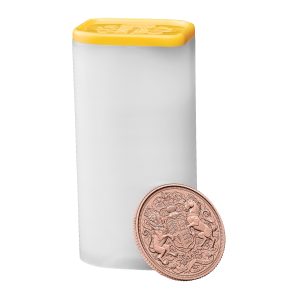 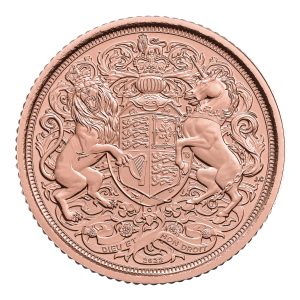