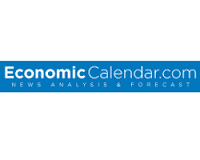 The relationship between gold and silver has changed dramatically over the past two weeks, as demand fro precious metals tanked on growing bets that the US Federal Reserve will raise interest rates in the coming months.

The gold/silver ratio used by investors to assess the relative value of precious metals closed at 72.09 on Friday, the highest level since July. Gold’s premium over silver has risen 6% over the past 30 days and nearly 7% compared to two months ago.

While both metals have declined sharply this month, silver’s drop has been even more dramatic. Spot silver, the price paid for immediate settlement, has declined 8.2% so far this month. The grey metal is down more than 12% from the September 22 settlement high of $20.10.

According to Apmex, spot silver settled at $17.61 USD per troy ounce Friday.

Meanwhile, spot gold has declined 4.4% this month. Compared to three weeks ago, the yellow metal is down more than more than 6%.

Precious metals spiked Friday morning after softer-than-expected US jobs data raised doubts about the health of the labour market. However, the general view on Wall Street was that nonfarm payrolls growth in September was sufficient for the Federal Reserve to maintain its existing outlook on monetary policy. The central bank’s “dot plot” summary of interest rate expectations last month showed that officials still anticipate one rate increase this year. Improved economic data in recent weeks have stoked expectations for a December liftoff, thereby boosting the US dollar.

The dollar soared last week, climbing to its highest level in two months.

US multinational investment bank Goldman Sachs has warned of further downward bias in gold prices this year. However, the bank’s analysts did note that the metal will continue to benefit from strong physical and ETF demand. It also cited a potential increase in prices due to higher Chinese demand.

“Indeed, we would view a gold sell-off substantially below $1,250 an ounce as a strategic buying opportunity, given substantial downside risks to global growth remain, and given that the market is likely to remain concerned about the ability of monetary policy to respond to any potential shocks to growth,” Goldman analysts said in a note Friday.